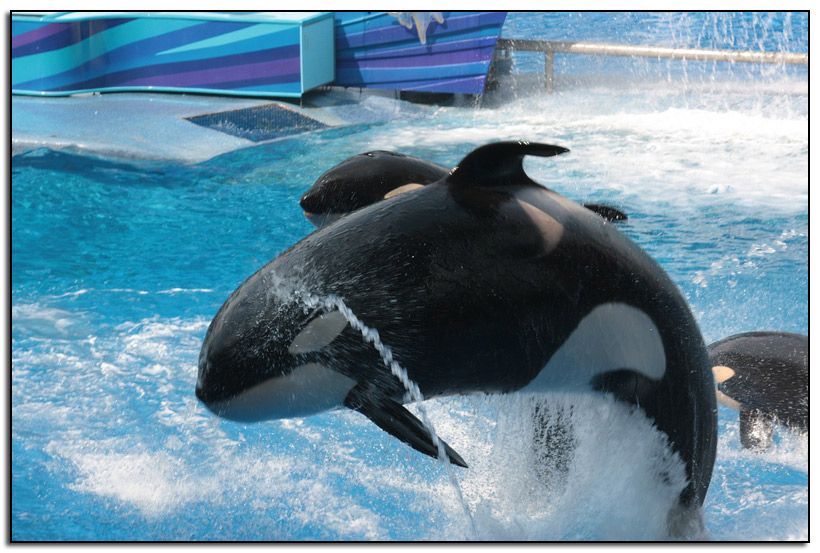 This week we received a letter from British Airways saying that they could not see a reason to end their relationship from SeaWorld.

First of all, thank you all so much for all your feedback and replies about BA’s decision. I have read all of your replies by now and they encouraged me to keep thinking positively despite the big set back with this announcement.

I sent you my open letter back to BA’s head of environment Jonathon Counsell where I detailed the facts and figures that clearly show that SeaWorld’s treatment of orcas is cruel and that we will not stop our campaign. Suffice to say, we’re angry but there’s nothing like being set back to propel us forwards!

So now we need to act. Please take a moment to tweet at British Airways to tell them we’re bl**dy angry: http://bit.ly/1zz1wcl

Cathy Williamson, the policy expert at WDC, Whales and Dolphin Conservation, who attended the BA meeting with me (where I thought we’d made some progress!) has written a blog with an excellent rebuttal of Jonathan Counsell’s letter –http://uk.whales.org/blog/cathywilliamson/2014/11/im-bldy-angry

We’re sending this to BA with the message that we’re bl**dy angry!

Tweet now using the hashtag #BloodyAngry to show them that we’re not giving up: http://bit.ly/1zz1wcl

And keep your eyes peeled for what we have planned next! 🙂

Most male captive killer whales, and some females, have a dorsal fin that is partially or completely collapsed to one side. Several hypotheses exist as to why this happens. A dorsal fin is held erect by collagen, which normally hardens in late adolescence.

Scientists from the National Marine Fisheries Service (NMFS) have reported that “the collapsed dorsal fins commonly seen in captive killer whales do not result from a pathogenic condition, but are instead thought to most likely originate from an irreversible structural change in the fin’s collagen over time. Possible explanations for this include: (1) alterations in water balance caused by the stresses of captivity dietary changes, (2) lowered blood pressure due to reduced activity patterns, or (3) overheating of the collagen brought on by greater exposure of the fin to the ambient air.” According to SeaWorld’s website, another reason for the fin to bend may be the greater amount of time that captive whales spend at the surface, where the fin is not supported by water pressure. The Whale and Dolphin Conservation Society says that dorsal fin collapse is largely explained by captive killer whales swimming in small circles due to the inadequate space in which they have to swim.