Dozens of lions, tigers, zebras and camels are still used in travelling circuses in the UK. A new law to ban this use of wild animals in circuses is being repeatedly blocked by three Conservative MPs, despite the personal support of David Cameron, the government, Labour and over 90% of the British public.

The British Veterinary Association backs the ban, stating: “The welfare needs of wild animals cannot be met within a travelling circus, in terms of housing or being able to express normal behaviour.” The RSPCA said: “Cramped and bare temporary housing, forced training and performance, loud noises and crowds of people are often unavoidable realities for the animals.”

In 2012 the government pledged to outlaw what Cameron called the “out-dated practice”. But despite publishing the draft law in 2013, it has since failed to pass it.

Former environment minister Jim Fitzpatrick, a Labour MP, took the government’s own bill and presented it as a private members bill, with support from MPs from all main parties. But it has been repeatedly blocked by circus-supporter Andrew Rosindell, along with Christopher Chope and Philip Davies, all Conservative MPs. 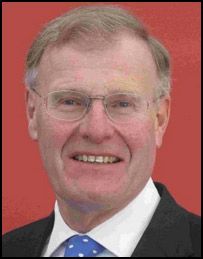 Please sign this petition to show the three MPs who are blocking the bill, that the public will not stand for their views being ignored. MPs are supposed to represent their constituents – not support animal cruelty based on their own personal opinions.

“It is very much a matter of a tiny number of Tory backwoodsmen preventing this from happening,” Fitzpatrick told the Guardian Newspaper. “It is frustrating, but we are keeping the issue alive – it won’t go away.”