I am not religious although I follow blogs by people of various faiths. Everyone is entitled to their beliefs and to worship as they choose. Everyone should have both religious and political freedom.

This blog is religiously neutral, but politically biased. Fortunately, I live in a country that permits me to have freedom of speech.

Some countries have abysmal records of human rights violations. Saudi Arabia is one of them.

The treatment of blogger Raif Badawi has become publicised around the world. Raif has been in a Saudi Arabian prison since 2012 for “insulting Islam”. He was sentenced to ten years in prison, a fine of 1 million Saudi riyals (£175,700) and one thousand lashes. He has already received fifty lashes, but the rest have been postponed on medical grounds. 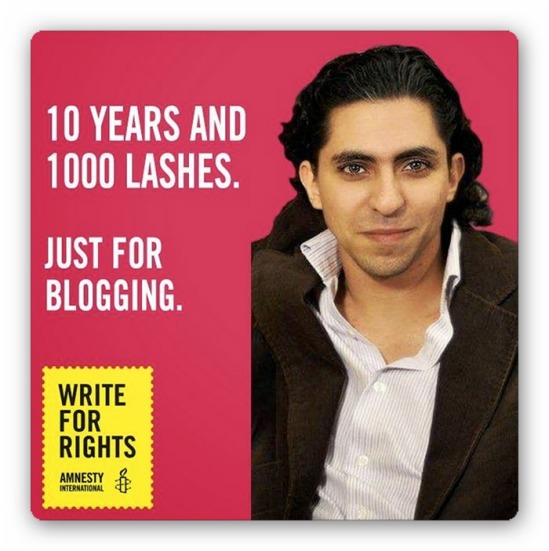 3 thoughts on “Freedom Of Speech”