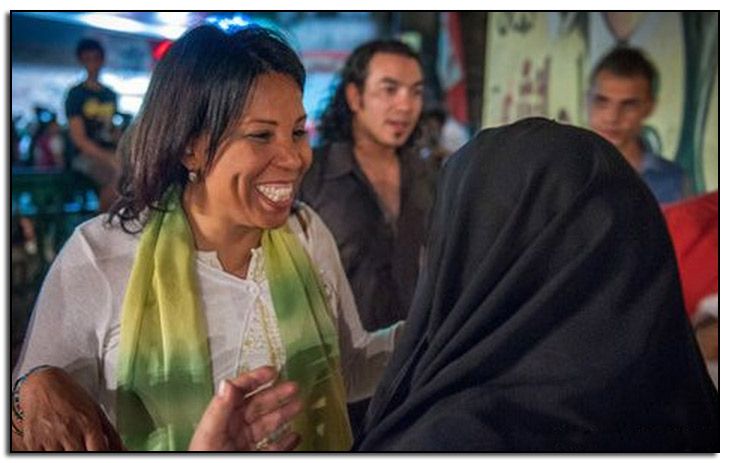 Women’s rights lawyer Azza Soliman faces five years in jail after witnessing the killing of an activist by Egyptian police.

We have just days left to get the case dropped and stop this injustice. Azza is due in court on 9 May and says that her best chance of freedom is if the UK Government demands that the Egyptian Authorities drop their case against her.

Stand up for Azza and all women’s rights defenders: call on the UK Foreign Secretary to demand that Egypt drops the case.

Azza was sitting in a cafe in Cairo during the peaceful march in memory of the Arab Revolution, her only ‘crime’ was that she walked outside to watch the passers-by and witnessed the killing of activist, Shaimaa al-Sabbagh, by Egyptian police.

When Azza reported the facts to the police, she was accused of breaching public order under Egypt’s new repressive ‘Protest Law’. She faces 5 years in prison – just for witnessing a crime.

The situation is volatile. We don’t know what will happen on 9 May. There have been cases in which 500 people were tried and sentenced in just two hours. We cannot let this happen to Azza. We must have her case dropped now. Before it’s too late.

ActionAid is working with the UK Government directly. We will advocate for her and keep talking until they listen. But we need your help.

Call on the UK Foreign Secretary to push Egypt to drop the charges against Azza.