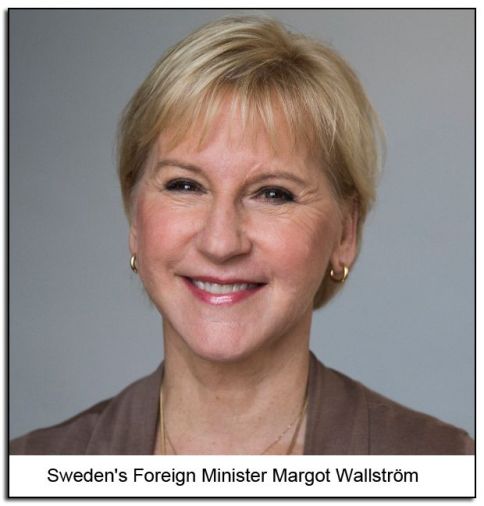 Foreign Minister Margot Wallström has renewed Swedish calls for a global ban on nuclear weapons as the United Nations begins a major review of the industry.

Wallström said it was “more urgent than ever” that the world rid itself of all nuclear weapons, as the UN 2015 Review Conference of the Treaty on Non-Proliferation of Nuclear Weapons (NPT) got underway in New York.

Over the next four weeks, the UN will evaluate the NPT, a landmark international treaty designed to prevent the spread of nuclear weapons and weapons technology. Conferences to review the operation of the Treaty have been held at five-year intervals since the Treaty went into effect in 1970.

“We hope that the Review Conference takes a step forward in terms of nuclear disarmament. But one should have realistic expectations, because it is very slow,” Wallström told Swedish newspaper Svenska Dagbladet.

The minister said that while talks often focused on the technical aspects of nuclear weapons, she saw the key issue as being how a nuclear attack might affect ordinary people.

“This is about the survival of humanity,” she said.

Continued in THE LOCAL