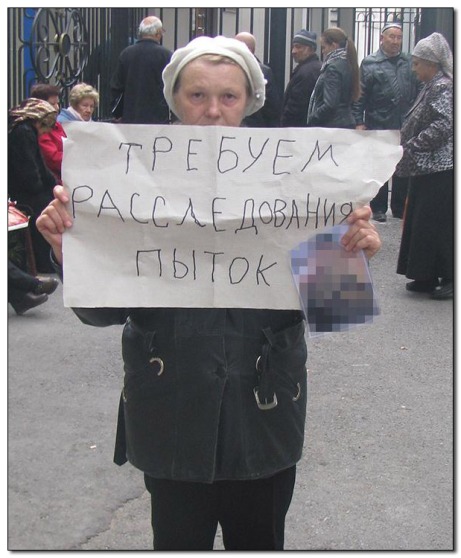 Elena Urlaeva – “We demand the investigation of torture.”

“I will hold on to the end. I will withstand everything and do it for all the people who have been abused by the authorities.” Elena Urlaeva, Uzbek human rights activist.

On the morning of 29 September, Elena Urlaeva was arrested, stripped naked and searched by the Uzbekistan police. Her crime? Interviewing high school students forced to pick cotton in this year’s harvest.

The Uzbekistan government conducts the world’s largest state-sanctioned forced labour regime and they are willing to go to any lengths to prevent the truth getting out.

We need your help to show Uzbekistan that the international community will not sit by and let brave men and women like Elena risk their lives to reveal Uzbek slavery.

This is not the first time Elena has been targeted for investigating and speaking out against slavery in the cotton fields. Over the last 10 years, the Uzbek authorities have subjected Elena to public attacks and beatings, enforced stays in psychiatric hospitals, and numerous court charges. But they have never succeeded in silencing her.

Right now, we’re joining with the Cotton Campaign to put pressure on the World Bank to make sure there is no forced labour in its Uzbekistan project areas. The first step to achieving this is to make sure that activists like Elena are free to report and monitor the situation in the fields.

Tell the World Bank to insist that those who investigate and document modern slavery in Uzbekistan are protected by the Uzbek government.