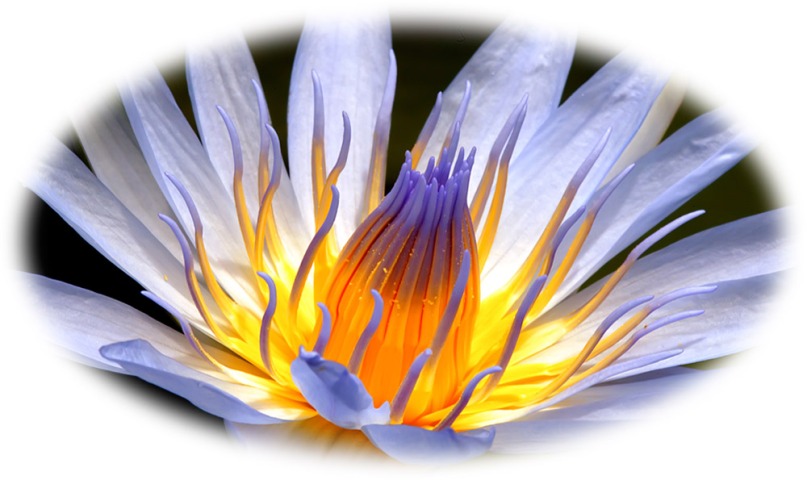 Long ago in an age before which
there was nothing else,
the Victorious One, the Tathagata Dundubhisvara
came into existence and was known as the Light
of the Various Worlds.
The Princess “Moon of Wisdom”
had the highest respect for his teaching,
and for ten million, one hundred thousand years,
made offerings to this Enlightened One,
to his attendant Sravakas,
and to countless members of the Sangha of Bodhisattvas.

The offerings she prepared each day
were in value comparable to all the precious things
which filled a distance of twelve yojanas
in each of the ten directions,
leaving no intermediate spaces unfilled.

Finally after all this
she awoke to the first concepts of Bodhi-Mind.
At that time some monks said to her:
“It is as a result of these,
your roots of virtuous actions,
that you have come into being in this female form.
If you pray that your deeds accord with the teachings,
then indeed on that account you will change your form
to that of a man, as is befitting.”

After much discourse she finally replied,
“In this life there is no such distinction
as “male” and “female,”
neither of “self-identity,”
a “person”
nor any perception,
and therefore attachment to ideas
of “male” and “female”
is quite worthless.
The weak-minded are always deluded by this.”

(Jnanachandra was an early name for Tara – A Buddhist Deity)