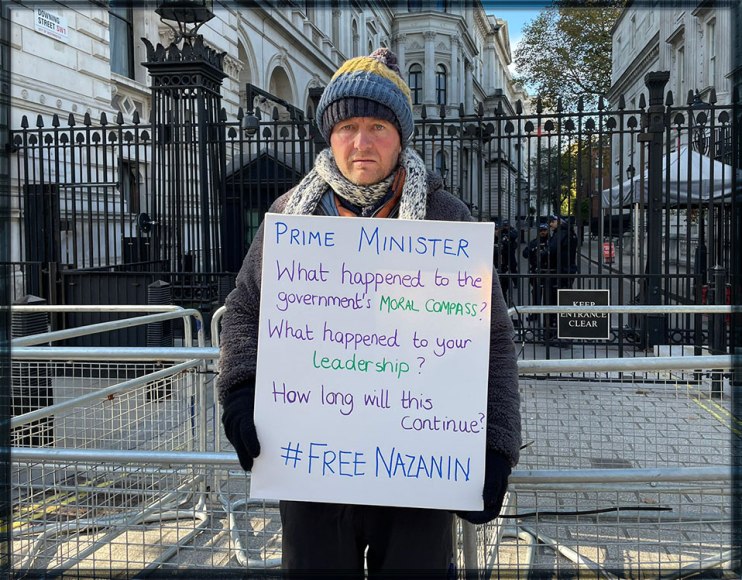 Richard Ratcliffe is on hunger strike outside of the foreign office, his wife Nazanin who is an Iranian-British dual citizen, is being held prisoner in Iran. In 2016, she was sentenced to five years in prison after being found guilty of “plotting to topple the Iranian government”. She is still being held prisoner.

In 2017 when the UK Prime Minister Boris Johnson was British Foreign Secretary, he said Nazanin “was simply teaching people journalism as I understand it, at the very limit.” A central part of Nazanin’s defence was that she was in Iran on a holiday and never worked to train journalists in the country. His comment did not help the situation, it exacerbated it.